Title: A Glance into the Future – Network Technologies, AI and Ethics

The goal of this panel is to shed light on recent network technologies and the key research directions related to 5G networks and beyond and more particularly on how to embed Artificial Intelligence (AI) in next-generation networks to ensure further agility, resiliency, customization, and security. The panel also debates and discusses ethical, regulatory, and policy implications that arise from the development of AI. 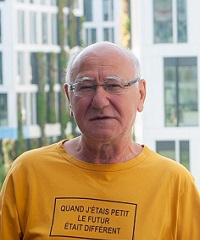 Bio: Prosper Chemouil (Life Fellow, IEEE) received the M.Sc. and Ph.D. degrees in control theory from the École Centrale de Nantes in 1976 and 1978, respectively. He is retired as a Research Director on Future Networks with Orange Labs, and he remains active as a Research Adjunct with CNAM, France. For several years, he has been focusing on cognitive management and network softwarization. He was nominated as a French Senior Engineer of the Year in 1995 and became a Fellow of France Telecom R&D in 1998.

His research interests are with the design and management of new networks and technologies and their impact on network architecture, traffic engineering and control, and performance, with significant involvement in standardization at ITU-T for 25 years. 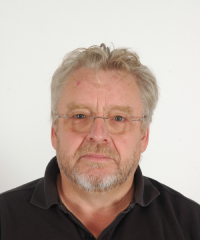 He is a Senior Researcher at the Centre for Informatics and Systems of the University of Coimbra (CISUC). He has more than 30 years of research and industry experience in the field of Computer Communications, Wireless and Mobile Communications, Quality of Service and Quality of Experience, Network and Service Management, Cybersecurity, Critical Infrastructure Protection, Cloud Networking, Internet of Things and Sensor Networks.

He was the Director of the Laboratory of Informatics and Systems of the Pedro Nunes Institute (IPN) from 1997 to 2001. At IPN he was involved in technology transfer and in the promotion of start-up companies. He is still actively involved in start-up promotion and consultancy activities in the field of Communication Systems, Internet Security, Sensor and Actuator Networks (IoT), Smart Cities, and Innovation projects, for start-ups, SMEs, large companies and public institutions.

He participated in many Portuguese, European and International research projects and initiatives. His publications include 6 books (authored and edited), several book chapters, and over 200 papers in international refereed journals and conferences. He is also co-author of 9 international patents. 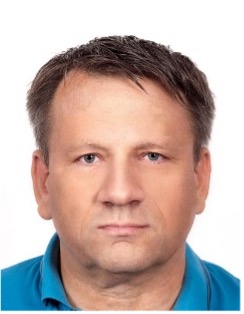 Bio: In 1994 Sławomir Kukliński received a PhD with honours from Warsaw University of Technology, and since then, he has been an assistant professor. His PhD thesis concerned neural networks (now part of AI). For about 20 years, he also works for Orange Polska as Research Expert. At the beginning of his career, he was involved in digital signal processing for military (radar systems) and non-military applications (voice compression and recognition).

Later, he worked on wireless mesh networks (MANET), VANET (V2X), and SDN. For about 15 years, he has been involved in research concerning autonomic network management and mobile networks. Actually, he is working on network slicing 5G, 6G and autonomic and cognitive techniques applied to network management and control. As a principal investigator, he was involved in more than ten EU-funded projects, including FP6 MIDAS, FP7 4WARD, FP7 EFIPSANS, Celtic COMMUNE (Cognitive Network Management under Uncertainty), 5G!Pagoda, 5G-DRIVE, 5G!Drones, MonB5G and Hexa-X (6G flagship project in Europe). He has been involved in ITU-T standardization concerning future networks (SG13). Slawomir Kukliński has published more than 80 scientific papers, has been a TPC member of many conferences and has given several invited keynotes.