Abstract: The recent advances in AI have enabled never-seen-before approaches and remarkable enhancements in providing existing services and applications for critical applications. Nowadays, various emerging applications enjoy the advantages of technological progression including Autonomous Vehicles (AV) and the Metaverse. Characterized by their dynamic demands that may change based on multiple factors, these technologies highly rely on the manipulation of an immense amount of gathered data. Among many other critical concerns, security is a significant challenge within these environments. Blockchain brings several advantages to the security of these technologies’ environments as it allows secure and transparent data storage and access control. However, with the dynamic nature of such environments and the fast variation in its AI-based services, the traditional blockchain features (e.g. smart contracts and consensus protocols) will face big challenges to meet the needed dynamic service requirements and scalability. This talk discusses the concept of employing blockchain assisted by AI to leverage the full potential of these environments. 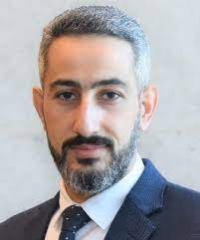 Bio: Moayad Aloqaily (S-12, M-17, SM-21) received the Ph.D. degree in CE from the University of Ottawa, Canada, in 2016. He was an Instructor with the SYSC Department, Carleton University, Canada, in 2017. From 2018-2019, he was an assistant professor with American University of Middle East (AUM), Kuwait. From 2019-2021, he was the Cybersecurity Program Director and an assistant professor with the Faculty of Engineering, Al Ain University, UAE. He is the Managing Director of xAnalytics Inc., Canada, since 2019. He is currently with the Machine Learning Department, Mohamed Bin Zayed University of Artificial Intelligence (MBZUAI), UAE. He was the recipient of many honors and awards. He received the 2020 best paper award from Ad Hoc Networks Journal. His current research interests include the applications of AI and ML, connected and autonomous vehicles, blockchain solutions, and sustainable energy and data management. Dr. Aloqaily has chaired and co-chaired many IEEE conferences and workshops. He has served as a guest editor in many journals, including IEEE Wireless Communications, IEEE Network, and Computer Network. He is an Associate Editor of IEEE Wireless Communications, Ad Hoc Networks, Journal of Network and Systems Management, Simulation Modelling Practice and Theory, Cluster Computing, Security and Privacy, and IEEE Access. He has also been appointed as the Co-Editor-in-Chief of IEEE CommSoft TC eLetter in 2020. He started his Special Interest Groups on Blockchain and Application as well as the Internet of Unmanned Aerial Networks. He is an IEEE Senior Member, ACM Member, and a Professional Engineer Ontario (P.Eng.). He is the founder and director of artifitialleap.ai laboratory.

Abstract: The confluence of 5G, Machine Intelligence, Cloud and IoT is blurring the distinction between Telco Providers, the Cloud Providers, and the new breed of service providers that is emerging as the IoT market takes shape. This confluence is anticipated to result in unprecedented levels of complexity, in terms of inter-relationship, inter-action, and inter-connectivity of intelligent components (e.g., network nodes, access points, data centers) within a networked system and between this system and its dynamic environment. Systems with such complexity is intrinsically difficult to model due to the dependencies, competitions, relationships, or other types of interactions between their components or between a given system and its environment. Hence, managing the complexity of such systems with dynamically responsive evolving arrangement of intelligent components becomes the key challenge of future market-place. Current machine learning techniques applied to robots and smart devices, which evolve from simple regression to deep neural networks, are a potential to enable the pervasive automation of such systems. This will lead to unprecedented immersive experiences provided by swarms of autonomous devices all around us. In this talk, we will discuss key challenges, design principles, and technical solutions to build a networked system which can be self-optimized. Within this system, pervasive automation blurs planning, design and operations into a continuum and achieves ongoing optimum operation through appropriate sensing of condition, discerning of meaning, inferring of current/potential deviation from desired operation, deciding on action and acting on these decisions to restore/maintain optimum operation. 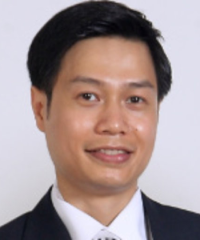 Bio: Kim Khoa Nguyen is Associate Professor in the Department of Electrical Engineering and the founder of the IoT and Cloud Computing Laboratory at the University of Quebec’s Ecole de technologie supérieure, Montreal, Canada. He holds a VMware Research Chair in Multi-Cloud Service Grid and Edge AI. In the past, he served as CTO of Inocybe Technologies (now is Kontron Canada), a world’s leading company in software-defined networking (SDN) solutions. He was the architect of the Canarie’s GreenStar Network and also involved in establishing CSA/IEEE standards for green ICT. He has led R&D in large-scale projects with Ericsson, Ciena, Telus, InterDigital, and Ultra Electronics. He is the recipient of Microsoft Azure Global IoT Contest Award 2017, and Ciena’s Aspirational Prize 2018. He is the author of more than 130 publications (50 journals), and holds several industrial patents. His expertise includes network optimization, cloud computing, IoT, big data, machine learning, AI, smart building, smart city, high speed networks, and green ICT.

Abstract: In the Tactile Internet-based fog computing architecture, the sensor devices represent the basic elements for sensing the surrounding environment. They gather a large amount of data due to their use in various real-world Tactile Internet applications. The huge amount of transmitted data from sensor devices to the fog gateway then to the cloud would lead to high data traffic over the network, increased consumed energy, and increased delay to provide the decision at the Fog gateway. These challenges represent a hurdle in the Tactile Internet-based fog system.

This talk suggests a Data Transmission Optimization Scheme (DaTOS) in Tactile Internet-based Fog Computing Applications. The protocol works on two-level devices in the Tactile Internet-based fog computing architecture: sensor devices and fog gateway. The DaTOS implements a Lightweight Redundant Data Removing (LiReDaR) Algorithm at the sensor devices level to lower the gathered data before sending them to the fog gateway. In fog gateway, it executes a Data Set Redundancy Elimination (DaSeRE) approach to discard the repetitive data set resulting from the spatial correlation among the data readings sets of sensor nodes. 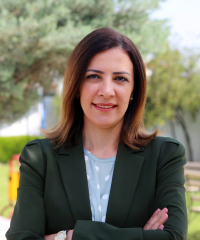 Bio: Tara Ali-Yahiya is associate professor-HDR and head of Networking & Stochastic and Combinatorial Optimization (ROCS) Team in the Interdisciplinary computer science laboratory at the University of Paris-Paris Saclay, France. She was a post doctoral fellow in the engineering school Telecom Sud Paris (Evry, France) in 2009. As before, she obtained my Phd degree in Computer Science from Pierre and Marie Curie University (Paris VI) in 2008, and my MSc degree from the University of Marne-la-Vallée in 2004, France. Her main research area is related mainly to Tactile Internet, Quality of Service, performance study in mobile and wireless networks.

Title: Recommended Practice for SDN-based Middleware for Control and Management of Wireless Networks

Abstract: The 5G NR developed a disaggregated RAN architecture to support heterogeneous multi–Radio Access Technology (multi-RAT) networks, which typically should support diverse radio access networks. Specifically,  the 5G NR RAN control plane includes two categories of tasks: the first category involves the interfacing and management of signaling exchanges with the UE (i.e., via RRC messages), while the second category similar to wired SDN, and concerns the control and management of the data plane functions (i.e., gNB-DU and gNB-CU-UP) RAN via the interfaces F1 and E1, as described by the 3GPP TS 23.501-2019 specification. Despite this separation between the radio network layer and the transport network layer, the 5G standard does not distinguish between these two categories of functions and treats the combined F1 and E1 functionality as the RAN control plane. However, a logical separation between the two categories seems necessary to achieve uniform control of a multi-RAT RAN and offer an open and well-defined interface between them. Furthermore, the 3GPP 5G does not allow the integrated control and management of the different RATs at the RAN level. In particular, the 5G specification still deals with a fragmented multi-RAT RAN, since the centralization of control functions in the RAN only applies to the 5G-NR RAT. This talk will introduce a recommended practice that provides an SDN-based architecture for 5G multi-RAT RANs with special focus on an SDN middleware that offers multilayer radio access architecture for disaggregated multi-connectivity (e.g., IEEE 802.11 APs and IEEE 802.22 BSs) in a unified 5G Multi-RAT architecture. 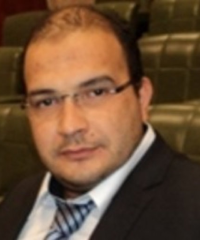 Title: Paving the way to the Future Networks

Abstract: In this talk, we start by analyzing the characteristics and requirements of future networking applications and highlight today’s Internet limitations. We then draw a rough sketch of FlexNGIA (www.FlexNGIA.net), a Flexible Next-Generation Internet Architecture that leverages in-network computing, network softwarization and virtualization to satisfy the requirements of future Internet applications and services. We also discuss through some use-cases how FlexNGIA could ensure the service level guarantees required by some of the future network applications. 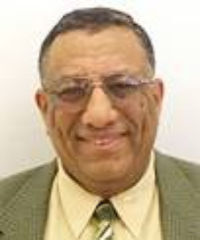 Bio: Hesham Elbakoury received the M.Sc. degree from Waterloo University, ON, Canada. He was a Chief Systems Architect with the Hitachi-CTA EPON Access Systems Division, and a Chief Systems Architect with Nortel and Bell-Northern Research, where he led the architecture, design, and development of several very successful Switching/Routing, Security and Carrier Ethernet products. In Nortel/BNR, he initiated and led the Autonomic Network research project in the Enterprise Division, and the Software Design and Code Reuse Project in the Data Networking Division. He is a 35 year veteran in the telecommunications and data networking industry with an extensive background and expertise in the architecture, design, and development of Distributed Systems and Broadband Access, Enterprise and Telco Communications Systems. He is currently a Principal Architect with Futurewei Technologies, Inc., focusing on advanced technology research and standards in the Network Research Lab. He has been active in different standard groups, including IEEE 802, IEEE 1904, IETF, ONF, OIF, MEF, the SCTE Energy 2020 program, and CableLabs where he has been heavily involved in IEEE 802.3/802.1, DPoE/DPoG, DOCSIS 3.1, Full-Duplex DOCSIS 3.1, SDN/NFV, Distributed CCAP Architectures, and Business Services projects.